What started out as incredibly bad news for the Reedsburg Country Club several years ago—that hundreds of the trees in and around the golf course had to be removed because they had been poisoned by a pesticide maintenance crews used on the course—ultimately resulted in the construction of a brand new clubhouse and banquet facility. And what a facility it turned out to be!

The project was made by possible with funds from the settlement agreement which Reedsburg Country Club struck with Dupont, the manufacturer of the pesticide.

After the Reedsburg Country Club and its board of directors finalized a seven figure settlement in 2014, thoughts turned to renovation of the 70 year-old clubhouse and banquet area. The review confirmed what many already knew: the building couldn’t accommodate larger events, the existing kitchen was too small and outdated, and the layout of meeting space  and banquet areas worked against creating an inviting first impression. The 7,000-square-foot building and its 3,000 square feet of bar, restaurant, and banquet space was barely big enough to hold a golf event let lone a mid-sized wedding of 150 people.

That summer, ADCI and the project team developed a plan that would accommodate banquets and events for up to 250, as well as provide space for members to enjoy meals and cocktails after a round of golf on the highly-regarded 18-hole course. The project team also worked to achieve a board goal of low maintenance energy efficiency through planned use of smart siding and LED lighting.

For a country club facility, form and function are both important. To create an aesthetically pleasing ambiance, ADCI designed an interior plan featuring extensive glass to take advantage of the beautiful sight lines afforded by the golf course. Extensive wood trim, including a sliding wood “barn” door to separate the banquet area from the adjacent bar, added warmth. The project team also developed plans for an inviting covered patio area and fire pit. This would encourage members and guests to enjoy the beautiful backdrop of the course in an outdoor setting.

Friede engaged Landmark Restaurant Equipment & Design to assist with the development of a thoroughly modern and efficient kitchen and bar plan. In addition to being appealing to guests, it would be designed for maximum efficiency—its layout would minimize the number of employees needed to operate the facility during both peak and off-peak seasons of the year.

After final plans were completed and approved in September, the bidding process produced a construction team made up of nearly all local subcontractors. Soon after, the full membership approved the final plans for the $1.6 million project.

One interesting aspect of this project was the development of a country club member engagement strategy. For starters, Friede engaged ADCI to create a 3-D virtual fly-thru of both the interior and exterior of the building to give the membership a realistic look at what the final result would be. The video, which you can view here, has generated nearly 2,000 views.

The project was soon approved by the membership. The rebuilding would begin once the golf season concluded in early November. Demolition of the existing clubhouse was scheduled, and construction began in mid-November.

Thanks to a relatively mild winter construction season in Wisconsin, progress was steady and uninterrupted. To keep country club members abreast of construction progress, Friede created a client portal on its website where members could log-on to see plans, progress meeting minutes, and photos. Friede also scheduled monthly guided member walk-through tours which help to inform members about the project.

Excitement continued to build. Because RCC staff were already eager to pre-sell, Friede staff assisted with the creation of promotional materials for a wedding show and other marketing events that RCC staff members were planning.

As spring approached—and the upcoming golf season drew near—the project team worked closely with the pro shop staff to allow for both construction equipment and member vehicles to coexist in a tight area.

The beautiful new building was taking shape, but the club’s decision not to spend any funds for upgrade of the exterior of the existing pro shop might have detracted from the finished project. Friede management decided to donate both labor and material for new siding and trim on the pro shop to create a great “new” facility that everyone will enjoy for years to come.

Even with the pro shop work and the covered patio—both added and approved late in the project schedule the work was completed early and on budget.

The project elicited tremendously positive reviews from both members, banquet users, and the entire Reedsburg community. In fact, the Reedsburg Chamber of Commerce’s annual golf event was the first public event held in the new clubhouse. The new restaurant, renamed “House 1924”, opened to the public a few weeks later.

Area residents took a look at the new country club and its amenities and liked what they saw. During the first few months of its grand re-opening, more than 50 new members joined the Reedsburg Country Club.

Interested in talking to us about your project ideas? 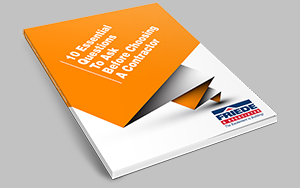